An old ham gets into a spot of Rother! 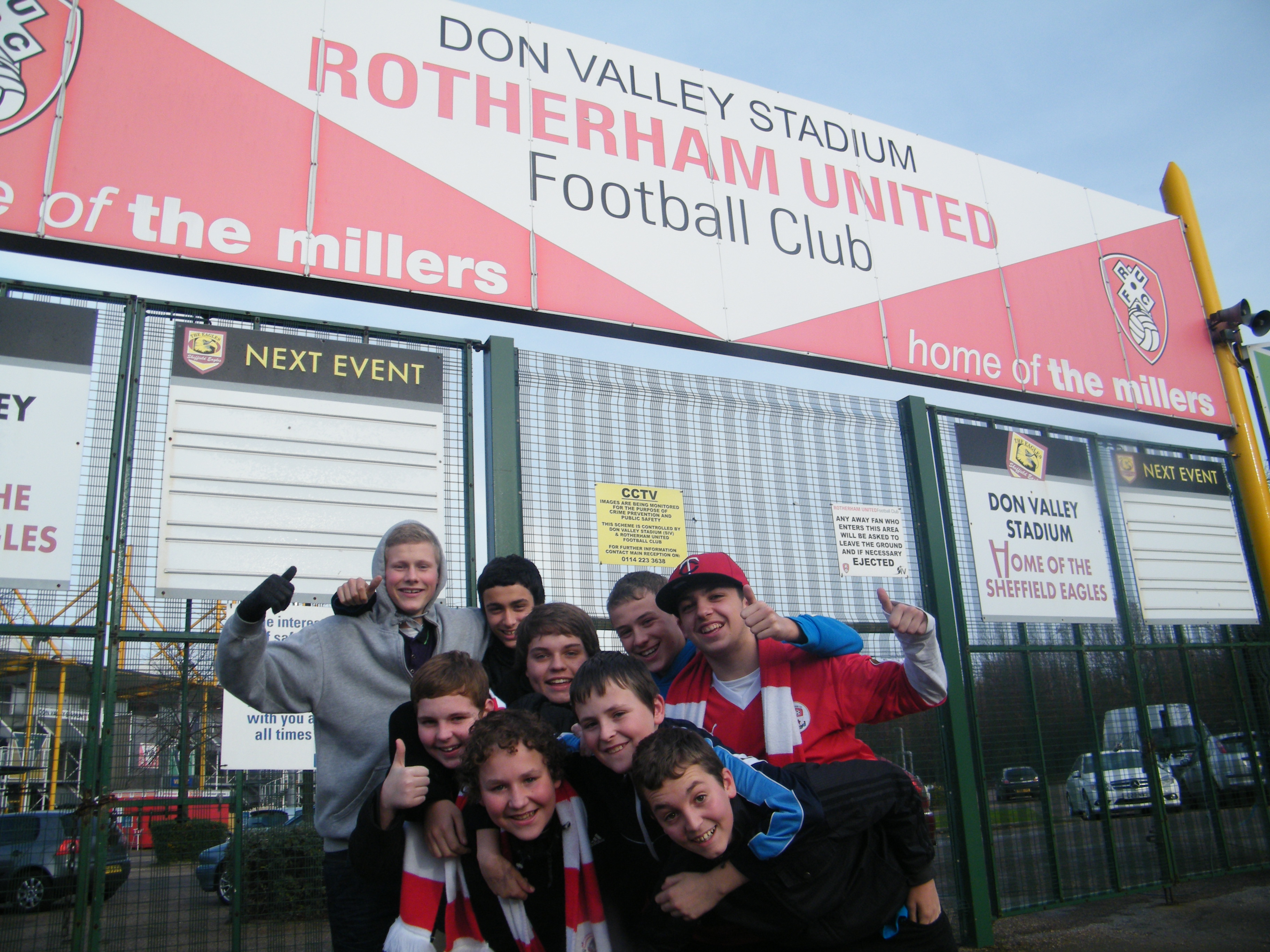 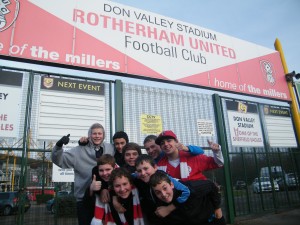 Not this lot again?!

Could the great God of away travel please give us a shorter trip if we get to the Third Round of the FA Cup? Hereford, Bury, Rotherham, Crewe to come……can we please beat Redbridge and draw Arsenal? Please? Still, after a string of successful away fixtures the atmosphere on CTSA coaches is becoming rather exciting these days. There is a special bond developing between the regulars, but newcomers are welcome and growing in number.  “Mystic” Barry Williams (Southgate) was on his first CTSA trip and on arrival in Sheffield said ‘I am really enjoying the day so far and it is great value. I think we could win this 2-1’! The sentiment was shared by Alan Litchfield (Maidenbower), a new Alliance member. He said ‘ travelling up here today is extremely good value and the coach is very comfortable!’

A stress free transfer up north was completed at 1pm when the coach stopped right outside the Don Valley ticket office.  During the trip Paul Clark won Ken’s famous quiz scoring 12 out of 20- and there was an exciting ‘tie break’ moment between him and one of the young lads up front.  Paul’s experience won the day when he could accurately give the number of fans at the Brighton v Crawley FA Cup match at the old Goldstone Ground. Not surprising he won that one, not sure his opponent had been born! Paul wins a free trip to Oxford on 2nd January. Mind you, Paul wasn’t the only lucky one- everyone on the coach was given a free terrace ticket for the Burton Albion home game courtesy of CTFC, and they also got a CTSA pen and key ring (and a mars bar, a kitkat, a piece of cake (thanks Kate) or a handful of Quality Street- join the CTSA for tips on a healthy diet!).

Quite a few chose the warm sanctuary of the Fara’s pub across the road for the odd ale or two (or in my case, perhaps a few more just to be sociable!). It was a nice way to spend an hour and a half before making our way into the spectacular Don Valley athletics stadium. Around 200 away fans were housed high in the main stand in line with the corner flag. In the 25,000 all seater atmosphere was at a premium but Town fans certainly made their presence felt. Whether they could see the game properly, however, is a different matter. In the first half Rotherham “scored” , the goal music came on, and we were dejected. We then realised that the shot had actually missed the target. The Don Valley Stadium- where binoculars are compulsory. A terrible first half performance was soon behind us, and two second half goals gave us a priceless three points. 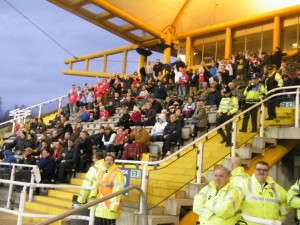 The Red Army at Rotherham

After another exciting victory it was time to wend our weary way home.  A short delay on departure allowed many of us the added bonus of meeting up with some of our heroes as they boarded their own coach. CTSA youngsters (and not so young !) were in their element as photo’s and autographs were given. The players and staff, as always, were both patient and friendly- and there was much viewing of photographs on the way home.

Mr and Mrs Torres were on their last trip with CTSA before heading back to Argentina on 7th Dec. During the trip back they spoke about their time with us. Mrs Torres said ‘we have really enjoyed travelling with CTSA to Bury and Sheffield; the fans have been really lovely.’ She added ‘ it has been wonderful to watch Sergio play in the last few matches, it has made us very happy and proud.’  Mr Torres explained,’we can understand why Sergio is very happy here in England now that he has a family and is playing for Crawley Town’   The couple are wonderful company and have made some good friends on the coach. They will be at the Broadfield next Saturday but will be missed during the trip to Crewe. Thanks to Nikki for lots of translation! 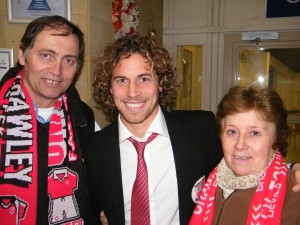 Just after 10pm the coach pulled into the Broadfield around 15 minutes behind schedule to end another successful -if slightly stressful- day for Travel Ken and James “Bambi Killer” Laraman. Three more points in the bag, a little nearer to project promotion- the sequel- and a tired but happy bunch of travellers left the coach dreaming of more FA Cup glory.

Thanks to driver Tony who did an excellent job in windy driving conditions. Next report from Crewe in a fortnight! 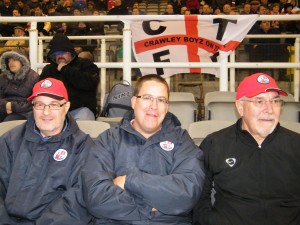