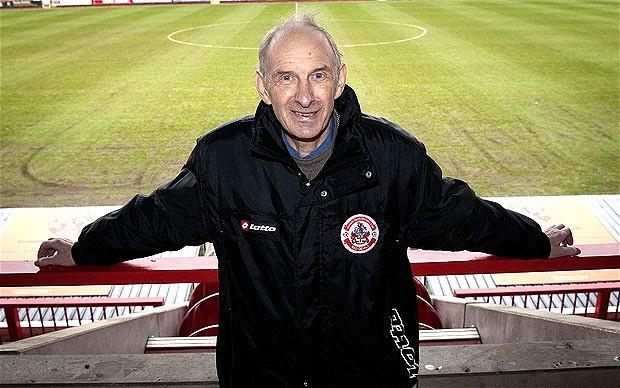 Throughout the history of Crawley Town FC, the fan base have been very closely involved. However factions developed in the early years of the current century during some turbulent times when the club faced extinction.

With a level of stability attained and the imminent prospect of competing in the Football League, it was the wish of our well-respected co-owner and lifelong supporter, the late Bruce Winfield (pictured), that all fans of Crawley Town put any historic squabbles behind them and joined together as part of one representative organisation.

The Community Engagement Team of the football club set out to make Bruce Winfield’s vision a reality and it was achieved by the formation of The Crawley Town Supporters Alliance on the 1st July 2011.

CTSA are a registered Supporters Trust and therefore have to act in a responsible, inclusive and accountable manner to our members, who each have a vote, with all of the elected representatives and executives acting in an unpaid, voluntary, part-time capacity.

The CTSA provides representation, financial advantages and social activities to the benefit of fans, the club and our community. We provide an independent voice for Supporters that is formally recognised by the club.

In addition to representing Supporters, we also make life better for the fans of Crawley Town FC, through a number of practical means, which include: