A Week of Firsts…….just a shame it wasn’t this week! 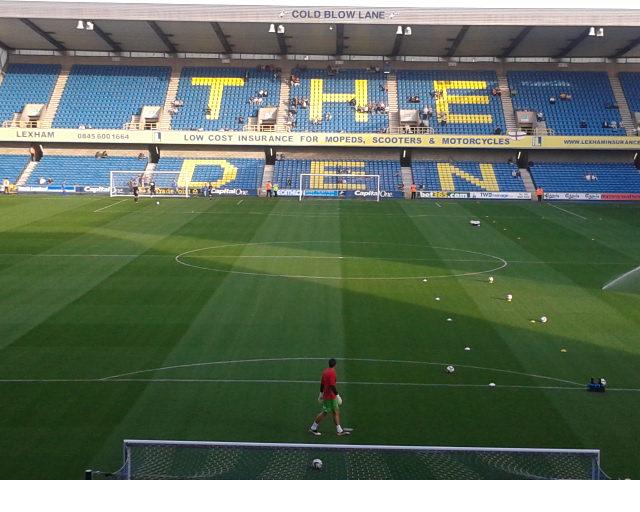 Following our trip to Millwall, CTSA Secretary Gill Courtnell wrote a short blog for publication in the matchday programme. Unfortunately, due to a cock up on the print deadlines front (or some such!), it didn’t get used, but we thought it was far too well written to be consigned to the dumper and decided to reproduce it here! So, using the patent CTSA time machine (which works particularly well and is why CTSA Chairman Paul Prendergast believes he is still stuck in the 1950’s), we would like to take you back……back….back…..through the ether to a date from our recent past. We’d just beaten Millwall and Scunthorpe, and our victory over Bolton Wanderers was no more than a figment of Peter Kay’s worst nightmares…….

It was definitely a week of firsts: my first ever trip to the New Den, watching my first game against Millwall (I missed the friendly at the Broadfield due to my God-daughter’s wedding!) and by all accounts it was the first time that Paul Jones had taken part in a penalty shoot out; not that you would have known with the confidence he displayed. 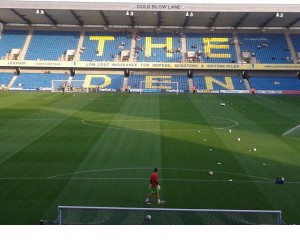 A cold wind blows down Cold Blow Lane….but only Millwall caught a chill!

Penalty shoot outs are always bittersweet (especially if you’re an England fan) as the team I usually want to win is the one that gets knocked out, but this time I was brave; I watched the whole thing without once putting my hands over my eyes and the lads certainly didn’t disappoint! I understand that Richie Barker asked for volunteers and every one of those lads stepped up to the spot and took their penalties with complete confidence and self-belief. I was so happy and proud for all of them but especially for David Hunt as he put away the winner! Personally I think they were all incredibly brave to put themselves forward but it just goes to show the strength of character our lads possess.

My excitement was growing ever greater as we finally reached Saturday and our first competitive match in League One, and yet again the lads rose superbly to the challenge. I arrived early at the ground to savour the atmosphere and expectancy of the coming season, and it was lovely to catch up with so many of the ‘football family’ I have come to know and regard with affection. The new CTSA cabin was finally in place and the area looked good – we were ready to rock ‘n’ roll after what seemed an eternity since we’d returned triumphant from Accrington. The atmosphere was palpable and the crowd were behind the team 100% as they gave their all to claim their first League One scalp. And while we may not remain on the top of the pile for long considering the strong sides we’ll face, how sweet it was to see my beloved Crawley Town sitting on top of the table!!!

Between now and when we host Bolton Wanderers in the next round of the Capital One Cup we face two away trips: the first to our old rivals Swindon Town, then a trip north to Doncaster – I shall be at both supporting the lads by making as much noise as I can, and whatever the results are, I will be so proud of them.

My weekends now have purpose again – Come on you Reds!!!!