Col visits Colchester and does some Roman around……… 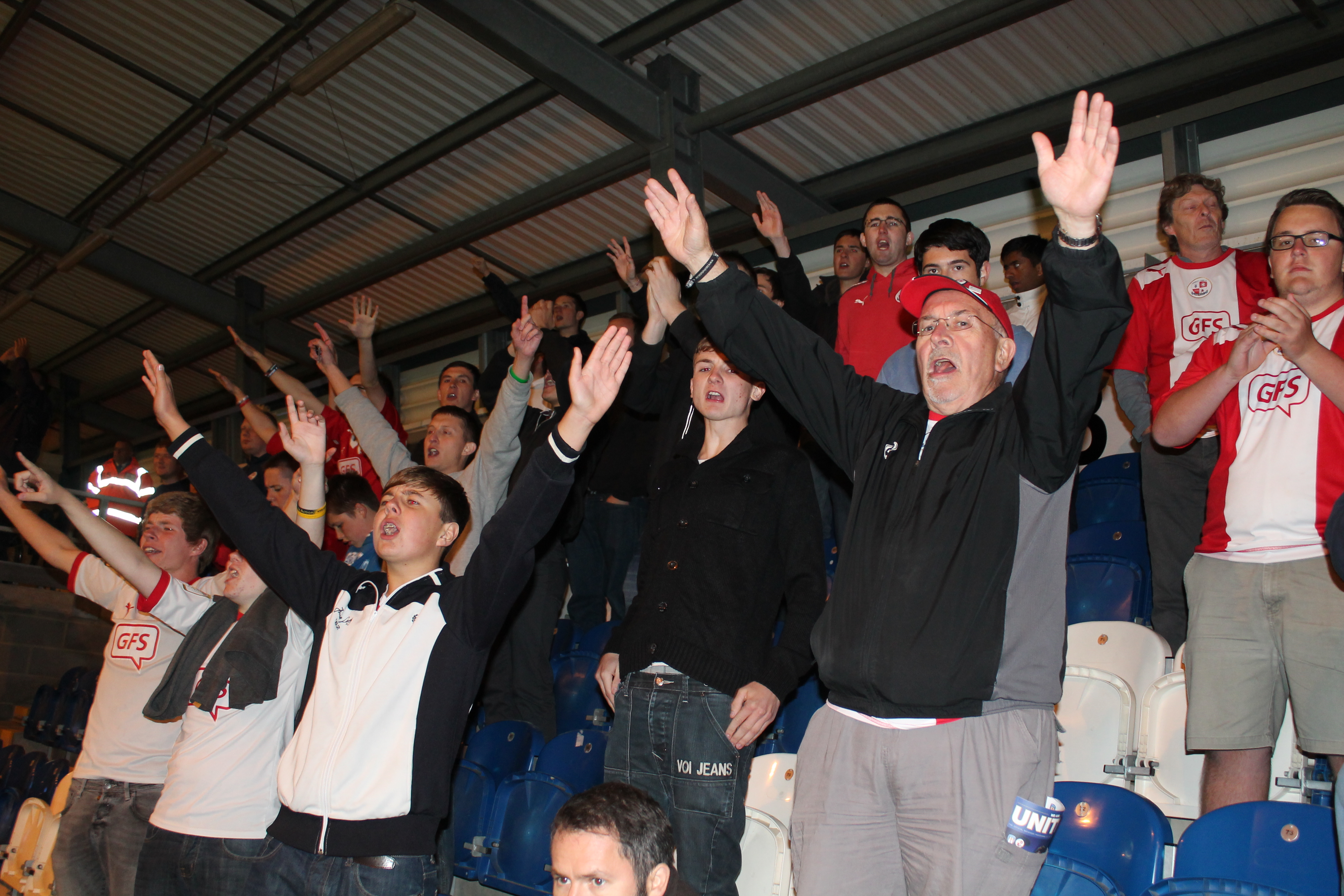 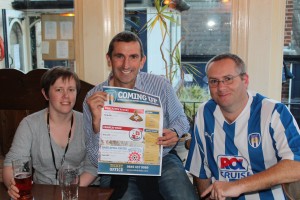 Colin and his Colchester friends celebrate his birthday…..Special Brew all round!

In a birthday inspired afternoon off work my friend Bryan and I took the chance to travel up early and take in a couple of pubs around the town. In the Bricklayers home fans starting to congregate from 6pm. A happy but slightly subdued atmosphere prevailed. Steve Whitfield, a local, told me “we are not in the best of form right now having only won 1 league game in 20, we need to start putting some wins together but I cant see it happening tonight.” He has been a United fan for years, recalling the Conference days back in the 1990’s. He reflected, “back then I travelled to all the away games taking in places like Merthyr Tydfil, Runcorn and Margate and didn’t miss a match for 5 years!” As to moving to the new community stadium his friend Kathy suggested, “it’s a good move really, Layer Road was your traditional old ground but was fraying around the edges”. She added, “It served the worst cup of tea in the league !’ As for the match she ventured, “I am not confident, the records suggest that we aren’t very good!”

In the pub it felt as if the writing was on the wall for Colchester United; on the “Whats Coming Up” banner some joker had written under the Hartlepool home game; “John Ward gets the sack!” The jittery feel didn’t get any better on the shuttle bus to the ground. Naz told me “owing to the poor run you wont find much of an atmosphere in the ground and if you score please sing you’re getting sacked in the morning to our manager!” 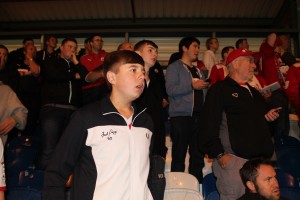 Do you think the action may have been in the half to our left?

The Community Stadium, built outside the town, is a cracker. Four separate all seater stands and great facilities holding just shy of 10,000. There where somewhat less in attendance on Tuesday but it was great to see so many Reds fans had made the effort. We were housed in the “Jobserve” stand along side the pitch and had a great view of the action. All the regulars were there including Ross with the drum who had no Preston type problems to contend with. 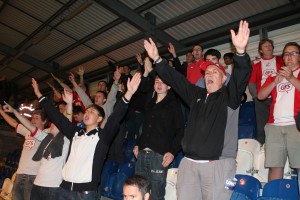 Who’s the rabble rouser on the right?!

The first half was pretty poor with chances very much at a premium. As is becoming the norm, Ross got us Reds rocking in the stands during the 2nd period and on 71 mins Kyle scored what can only be described as an ‘odd’ looking goal. Unfortunately, after a bit of ‘limp’ pressure the home team were thrown the life line of a penalty on 87 mins. It was the correct decision in my view and it was nervously put away for a draw. 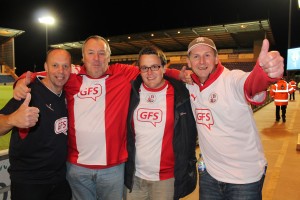 I was sure there were only three stooges………….please note the new John Motson second right……!

On the way back West Stand regular and programme collector Paul Manuel said, “I think that could be two points dropped here tonight however 4 points from Preston and Colchester is pretty good form. Coming away from the ground I was disappointed that we let it slip right near the end however we need to be realistic enough to know that we are not going to win them all”. As to the season he predicted, “we are playing some great stuff and there is no reason why we cant secure a top 10 place and sneaking into the playoffs would be the icing on the cake!”

All in all a satisfactory evening for all with Crawley Town connections. Alan, the Clarkes of London driver got us safely back to base for 11pm. 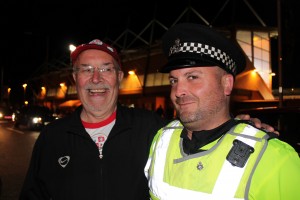 A still photograph from last weeks episode of Crimewatch UK 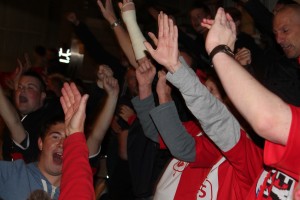 Anyone who wants some KFC, please raise your hands….