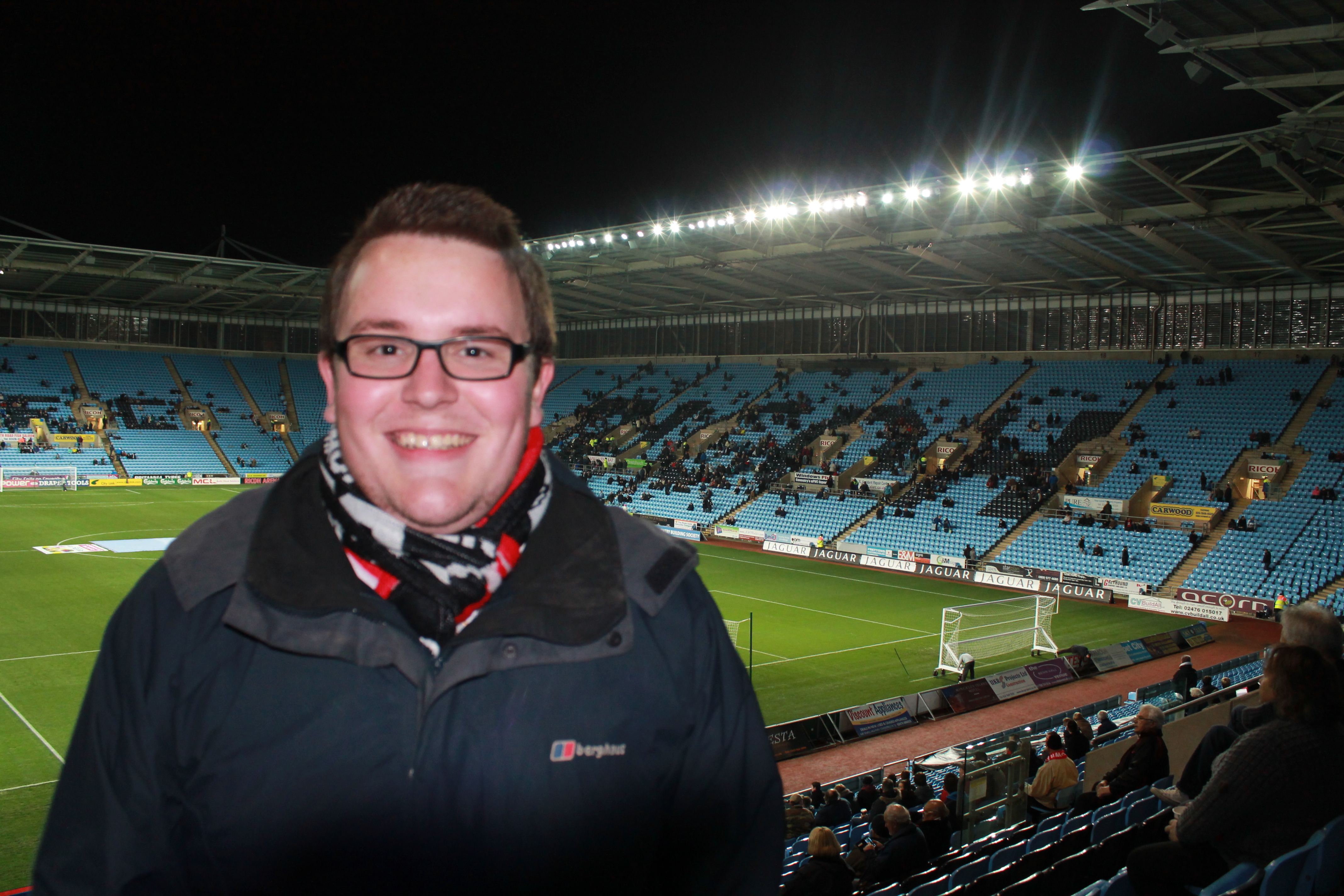 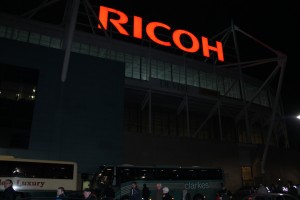 A lovely, Premier League stadium….shame it was mainly empty…..

Turning up at the Broadfield it was very pleasing to see two Clarkes of London coaches gearing up for the trip North. A visit to the Ricoh Arena must have been on people’s radar as there were a number of new faces travelling on coach two- welcome, and hopefully we’ll see you again on Saturday!

The M25 and M1 really showed their teeth as we hit the rush hour. It seemed to be stop start for most of the 3 and half hour transfer. Wiggy won the £20 football card gamble, Travel Ken hurt his shoulder but didn’t spill any of his coffee as he kept his mouth shut, and Chairman Paul’s bromance with Alan the coach driver was coming along nicely. All in all, we were happy to pull up outside the Ricoh around 7. 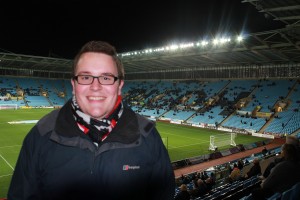 Taking our place in the De Vere Stand, an amazing vista of this stunning stadium came into view. At 33,000, it is huge and everything seems to sweep around in perfect harmony. Obviously, it wouldn’t look out of place in the Premiership but with them languishing in league 1 it all looked a bit empty with only 8.800 inside- and there was some belief that they’d counted everyone twice. We had an amazing view of the action and loads of space to spread out. Which was handy, as Andy T had spent the afternoon in Harvester before boarding the coach. 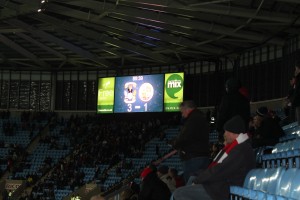 Nice scoreboard. Shame about the contents.

The match kicked off in fine dry weather with just a slight chill in the air, very good for a mid week game in November. After a quiet start the action took a turn for the worse when Coventry scored with a cross shot which nestled in the side netting. I do recall that Claude gave the ball away in the build up and our keeper perhaps didn’t get down fast enough. With our excellent away record, however, no one was worried at the point. Unfortunately they got a second late in the 1st half. A vicious cross came in from the left, it took a slight deflection and fell just right for the on rushing Coventry striker, he couldn’t miss. As to the Reds we played very well in the opening period and created some presentable chances which went begging.

We came out all guns blazing in the second half and Billy gave us a nice foothold in the game with a crisp strike. We continued to press for the leveller but David McGoldrick smashed home a stunning 3rd and the game was up. Even the introduction of big John Akinde couldn’t raise the troops, but apparently he drags what he wants. Well, at least I think that’s what they were singing. 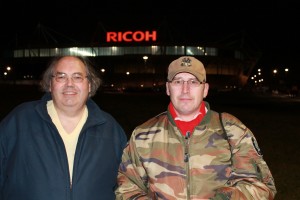 Getting back on coach two there was a sombre feeling amongst Reds fans, and before long everything fell quiet and dark as Alan drove down the M6 and M1. We completed the trip in one hit and were back at the Broadfield for 12.15am. Result apart that’s another successful trip for CTSA- and thanks to Clarke’s for safe transfers.

Now, its all about bouncing back on Saturday, a win at Notts County will consolidate our promotion push. Coaches leave at 9.30 at £20 members £25 non members. Give Travel Ken a quick call if you haven’t booked already, but do it soon, we’re almost full!