Bourne to be Wild! 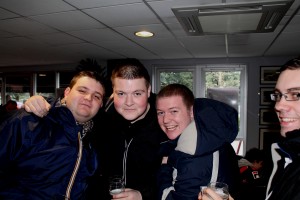 Make up your own caption here!

After extraordinary scenes at Fratton Park on Boxing day our latest away adventure was slightly less exciting. It all started well with two coach loads leaving at 10.30am and quickly making progress down the M3.  It was a bit wet and wild on the way down but luckily the pitch seemed in great condition and game went ahead. Beforehand, as you can see from many of these pictures, many of us migrated to the wonderfully equipped Legends Bar and enjoyed a beer or three. Buoyed on by the Boxing Day result Reds fans were in celebration mode.  It was really lovely to get to speak to people about their Christmas experience and about the upcoming fixture. Most were being quite realistic citing the Cherries excellent run of form but yours truly was predicting another solid away victory. So what came next was all my fault! The period between 3pm and 5pm is largely forgettable and not to be dwelt upon. We got beaten by the better team on the day. 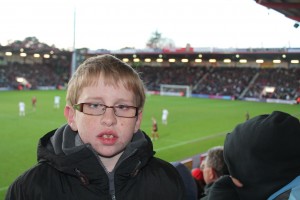 Nathan pondering the appalling weather and thanking his lucky stars that he isn’t on mascot duty this week!

We caught up with a rather shell shocked Nathan Clarke (11) from Three Bridges at half time. Nathan, who goes to football with his dad Paul, is one of our younger away travellers and is certainly a CTSA VIP. He watches his football at home from the East Stand and has a season ticket. He revealed, “my first match was away at Tamworth the day we won promotion from the conference. I stood on a concrete pillar at the back of the stand and had a really good view of the action”. He added, “the atmosphere that day was amazing and I was hooked”! It’s fair to say that Nathan really enjoys his away days and has been a very regular traveller this season. He listed, “Millwall, Donny, Preston,Brentford, Notts C, Stevenage, Met Police, Portsmouth and now Bournemouth; the best day out was Preston when Gary scored two great goals and we won”! 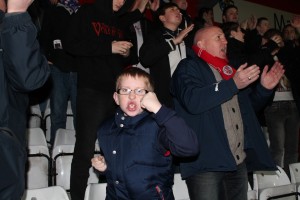 As to the future he studiously said, “there is still a possibility of getting into the play offs but we need use the January transfer window to bring in a quality striker to partner Gary Alexander. We need more fire power up front”. His school mates at Hazelwick School are pretty impressed that he supports his local team but he did admit to enjoying watching Chelsea on the box.  (No harm in that I say. “Boo” say the rest of us!).

Nathan is one of an ever increasing number of local youngsters enjoying the Crawley Town experience. Perhaps we need to use him as a youth ambassador to convince others to come along- building support amongst the young people of our town is undoubtedly key to a successful future.
The coaches got back safely at around 7.15. Thanks to Clarkes for another problem free day despite the appalling conditions. My daughter Rebecca, her “significant other” Oli and I stayed over and saw Sue Pollard in panto which was pretty good (oh yes it was !), travelling back on Sunday. So Hi Di Hi and a Happy New Year to you all!
See you all at the Broadfield on Saturday for our intriguing FA Cup encounter with Reading. My next door neighbour, Louise, is a season ticket holder at the Madejski so we will be travelling to the game together and sharing a beer in Reds. I hope to get the bragging rights come 5pm!
Words and pictures from Colin Bowman 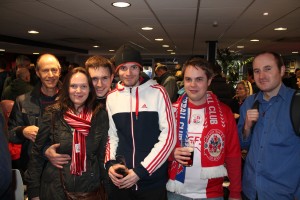 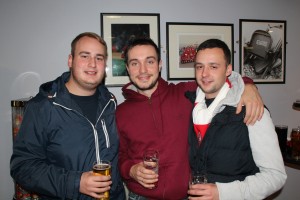 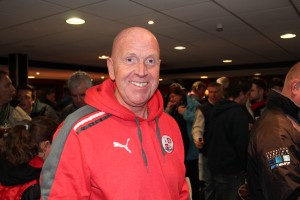 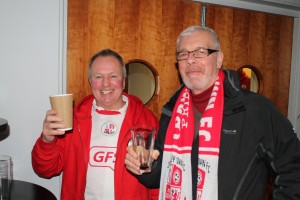 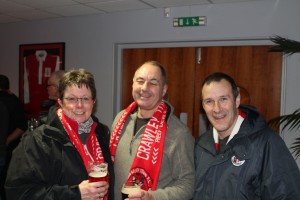 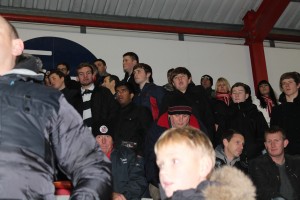 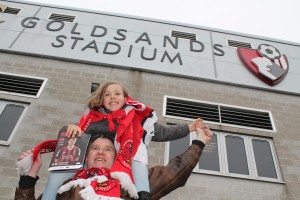 Much joy- obviously, this was before the game…..! 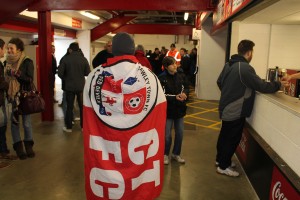 The CTFC Batman in an off duty moment.