CTSA FC fall to unlucky defeat..and the only place you’ll ever see Comper compared with Messi! 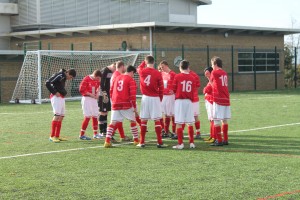 The first team weren’t the only Crawley Town team in action in Stevenage last Saturday, as CTSA FC took on the Stevenage Supporters Team. The game was a repeat of the CTSA’s first ever fixture which finished a 4-4 draw, and the Reds were cheered on by a few fans who travelled up with the squad.

In the first half, the Stevenage fans sailed into a 3-0 lead, firstly through a deflected strike before a header doubled their lead. An unfortunate own goal made it three just before half time. Early on in the second half a well taken long distance effort found its way into the back of Dan Palmer’s goal before the CTSA finally clicked, reducing Stevenage’s lead to just one goal. Joe Comper, who started in defence, threw himself up field for the second period, and headed home the first of three CTSA goals in quick succession. Comper again found himself in the thick of the action, sending the ball home to reduce the arrears to 4-2. Lionel Messi-esque, believe me. A tap in made it 4-3; 4-4 began to look the likely result once again. A late lob ended all hopes of a CTSA comeback to finish the game at 5-3. 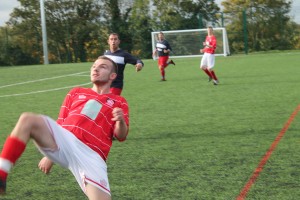 Insert your own caption here!

The Lamex Stadium may not have been a happy hunting ground for the Reds’, and CTSA FC may have been defeated, but it was another successful weekend for all associated with the Supporters’ Alliance.

Words and pictures from Craig Bratt