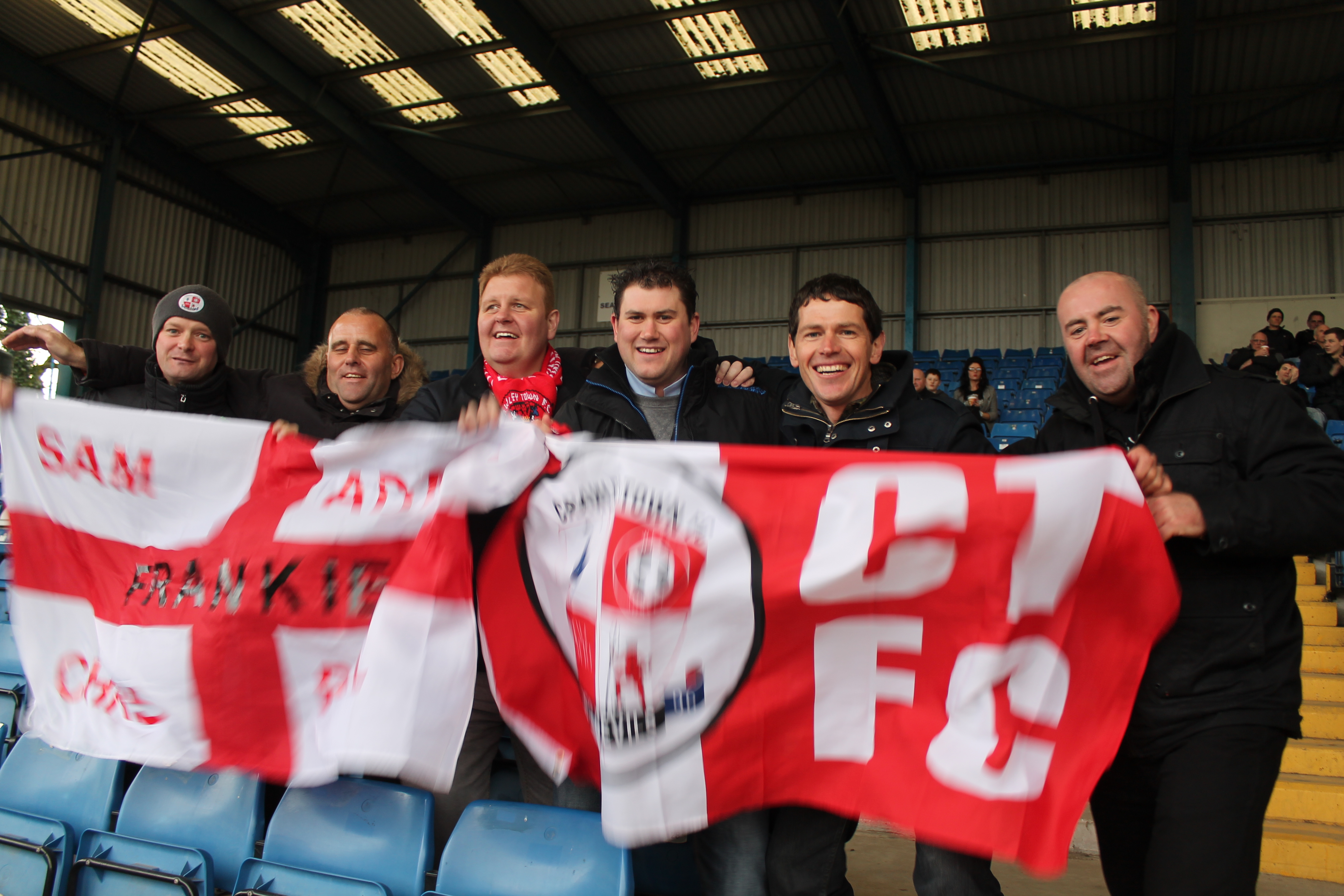 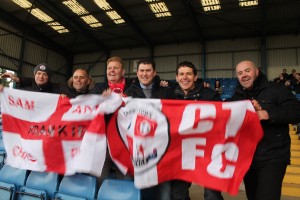 Reds fans will fondly recall an emotional trip to Bury Fc in the FA Cup last season when we ran out two nil winners, Sergio’s parents shared our joy, another giant killing FA Cup run began and an out pouring of celebration broke out on the final whistle when the players ran over to the fans. Could it happen again? Well it’s a measure of how far we’ve come that we were probably the favourites for this one.

Travelling to Greater Manchester is a fairly long coach journey even for most of us seasoned away travellers. Not sure about everybody else but I found it quite hard to stir, get organised and drive to the Broadfield for 7.30am. Once on board I was virtually asleep until the Warwick breakfast stop, where it was a full English for me! Not so for slimline Rob L who was tucking into some homemade concoction. He revealed, “I have been on a health kick of late, going to the gym, and have lost 9 pounds”. Well done Rob, since hooking up with Scunny Bunny you’ve been sticking to rabbit food! 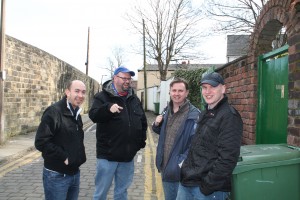 The Crawley Beatles on the latest leg of their reunion tour…..

Even with a little bit of traffic about 20 miles out we were in sunny Bury for 12.30pm. A lovely bright dry day ensued for the rest of our stay, Callum, Krunaal and I found ourselves in the Staff of Life (it’s a pub, not a religious order) and enjoyed a few frames of pool. It was nice way to spend an hour. It was here that I met up with our northern exiles, who I hadn’t seen for a while.

We happened upon the “Bury Forever” Supporters cabin in the car park, and were very impressed. They have been going a lot longer than us here at CTSA and have a brilliant facility. They are just in the process of setting up a touch screen graphic which gives the history of the club, and they have even launched their own beer. Thanks to chairman Dave Gifford for showing me around. Sorry about the result (well, not really!). 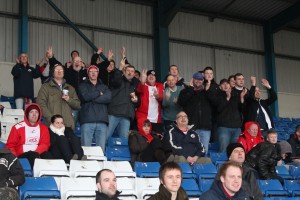 “Can you hear the Bury sing”?

Onto the football, and another 2-0 win courtesy of a Jamie Proctor brace. After weeks of hard graft from the lad it was brilliant to see him get his reward. The first a long shot with left peg, the second a powerful header. Away wins are just the best feeling; it was lovely to bask in the glory for a few moments of celebration. That’s 8 in the league for CTFC.

During the game it was nice to meet up with Nicky A’s family and friends who formed part of the away crowd. With us playing so close to their home they turned up in numbers and were rewarded with a powerful performance. If they’d been able to watch Nicky all season as we have, they’d know he’s been like that almost every game.

CTSA away regular John The Gas said, “that was probably the best team performance of the season and a thoroughly deserved 3 points. The turning point was scoring so early in the 2nd half. It allowed us to take control and play some measured football. There were 11 stalwarts out there today but for scoring his first goals for the club Jamie Proctor gets my man of the match”. 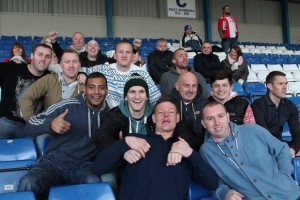 We’re back at home at the weekend when Notts County come the Broadfield. Some of you will recall that we shared an entertaining one all draw at Meadow Lane in November. It was a game of pace and quality from both teams. If the home match gets anywhere near the excitment we enjoyed on the Trent then we are in for a real treat !