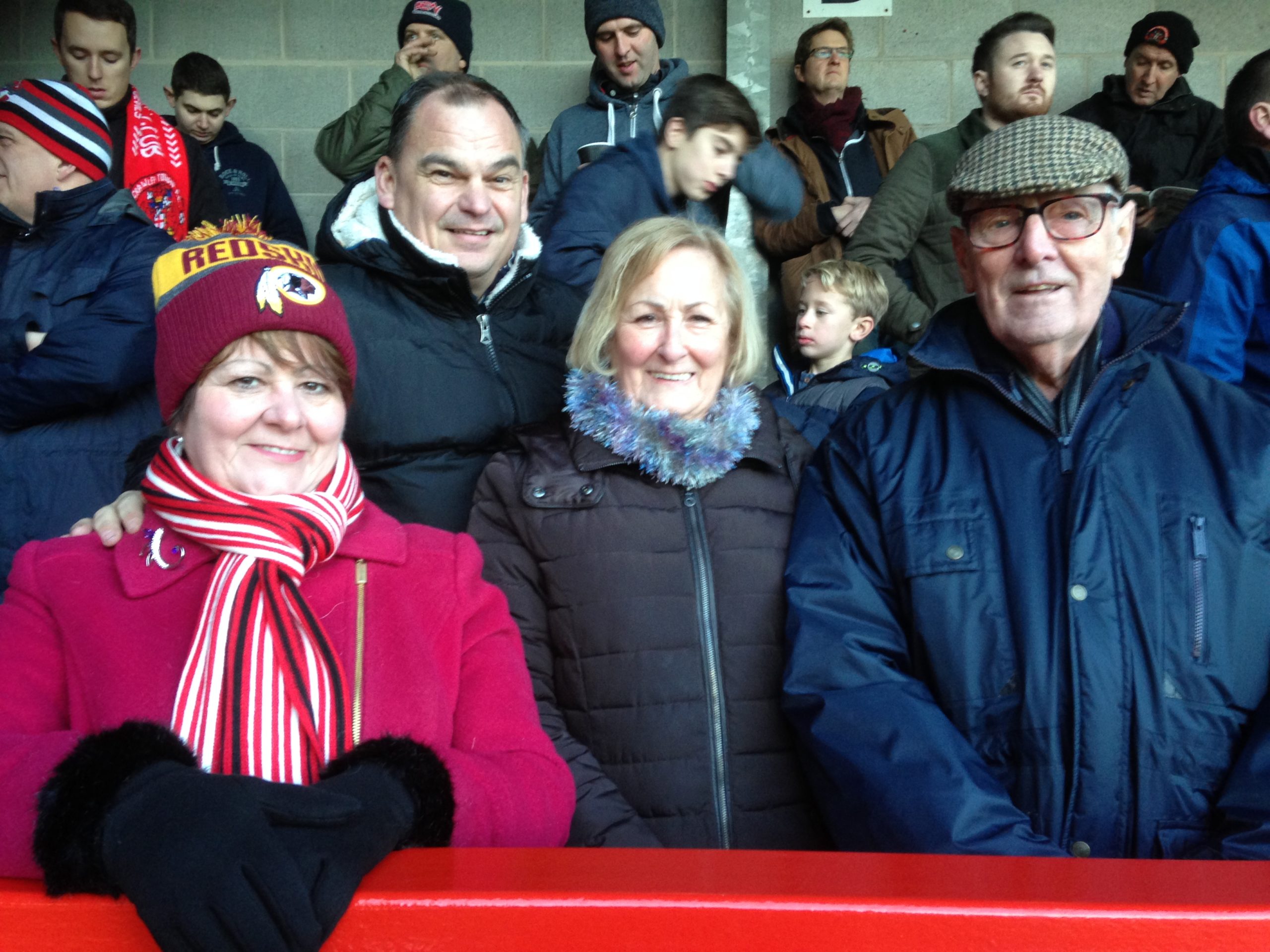 We look back at the “Pay What You Can” initiative and see why some fans took up the offer.

Saturday 14th January, against Hartlepool, saw a very successful promotion for new and lapsed Crawley Town supporters as well as regular fans, to come to the Checkatrade and enjoy some League 2, entertaining football for a minimum of £1.  With just over 2000 fans above the average total EFL home crowd this season, it was a great day, which ended with a 1-0 win.  We spoke to some of the people who came because of the promotion.

Richard Jefferies lives with wife Sandra in Oxfordshire and is a Palace fan but was in Crawley visiting Sandra’s Mum & Dad.  Richard enthused “We were down from Oxfordshire for my Father-in-law’s 80th Birthday and saw the game advertised.  My 74-year-old Mother-in-law, Dawn Ward, had never been to a football match, so we went along.  We had a great time and loved the result.  In fact, they are both considering attending the Portsmouth game.  Well done CTFC on a great initiative.” 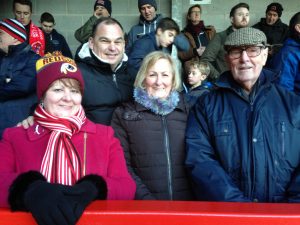 Ruud Wuijster saw the promotion advertised on Facebook while at home, in Holland, and decided to book flights for himself and his son, Jesse, to come over for the game.  When I spoke to Dermot about Ruud’s visit just before the game, he immediately asked if they wanted to meet Enzio, so a quick dash was made to find them in the Redz Bar so they could both meet and have a chat with Enzio, in Dutch!

Not only has the Club exceeded expectations with the PAY WHAT YOU CAN promotion, it continues to go the extra mile on a match day, with Dermot, Matt and the players being accessible for special treats for fans.  Ruud said Jesse was smiling for the whole day.

Ruud explained, “Where I as a Dutch Crawley fan have visited the Reds a few times now, I thought it was the time to take my 8-year-old Son for his very first visit. I saw the “pay what you can” action on the internet and I liked that so much that I booked 2 flight tickets immediately!  It was a great day for both of us but especially for Jesse.  When we were in the Redz Bar for a beer and a fruit shoot we were called by Carol for a meeting with the Head Coach and my fellow Dutchman, Enzio Boldewijn. It was a great surprise for us so thank you for that.  The game was great, the crowd fantastic and the 3 points superb!   We want to thank everybody from Crawley Town FC!

I will visit you again next month at Wycombe FC and hopefully I can visit you again with Jesse at the last match this season! After this visit a new Crawley fan is born!  See you soon Reds!” 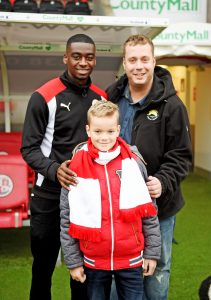